Springtime during the Holidays!

Springtime during the Holidays! by fabulouslyawkward featuring fabric flowers

Nature? Nurture? Gluten? Video Games? Breastfeed? Vaccines? My current Facebook Newsfeed is full of young mothers telling their online world which is right, asking others what is wrong, then outlets, like Huffington Post fill any gaps via Blogs, disguised as news….

Apparently, I’m now at an age where peers find it offensive to imply there is comparable cuteness between Winston Churchill-looking white babies & my little dog/one-eyed cat.

Note- weekly preggers updates are NOT cute. My age aside, it’s become obvious that technology has given the common parent too much information on how to raise offspring.

Luckily, going through old home videos lead me to one fact- Kids are weird. 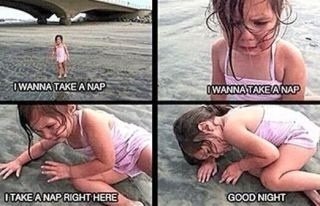 That being said, I’ve decided to write the rest of this article in the style of a Mommy-Blog….

Allow me to show you a few images & videos that will highlight awkward character warning signs. If only my parents had caught these in time, could possibly be a slightly different woman today.

* STFU about the Troll! And those “horse” noises were creepy- split personalities? nonhuman values?

* Older sibling’s pronunciation of “The EMM-PAR’ Straks BACK“ should not be how YOUR child pronounce ANY title EVER- speech therapy?

*** WHY IS EVERYONE NOT FREAKING OUT ABOUT THE TINY KITTY!?

* Seriously, why does little Liz want to hug those goats so badly!? This could be any number of issues…

* Family friend talks about Goat Girl as she continues trying to seduce friendship from livestock with zero reaction from parents and/or nearby children- reasoning tells us this has happened before (no bueno)….

* Younger sibling could give 2 f*cks about anyone/thing, except kitten- Animal abuser potential? Will this boy be a serial killer if nobody intervenes?

* Post accident, Girl acts as if wiping out painfully is nbd, then appears to forget which part of her body was hurt- Missing nerve endings? Adrenaline junkie? Accident prone Insurance issues to come?

* The young, Fabulously Awkward Girl, has no idea what she’s doing, even after months of practice-WARNING: This is most likely a 2-left-feet situation & requires IMMEDIATE attention from a professional.

BELIEVERS THAT CHILDREN ARE OUR FUTURE: study these videos so you’ll know a few of the traits that could possibly result in adult abnormalities, such as Chronic-Bitch-Face, Sarcasm, “Most of the Population isn’t Bright” Attitude, Awkwardness, ETC.

Goat Girl made Goat Friends after all…what a freak.

Summary- my childhood was the AMAZING, partly because of the 2 hilarious boy siblings featured, & am just a stereotypically over-imaginative middle child, who grew up to be a hilarious Blogger.

wtf Wednesday- what kind of blog is this?

Today I was doing a bit of keyword research when I came across the Fabulously Awkward Girl daily stats….what, might you ask, is the most frequently search engine term that lead people to this site? Why, “BIG BLACK MONSTER BOOTY,” of course!

Mind you, only 3 total search terms have been used today, but STILL!

Of course, further research was then required, in the name of writing & below are the top search term used since the beginning of time (for this site): 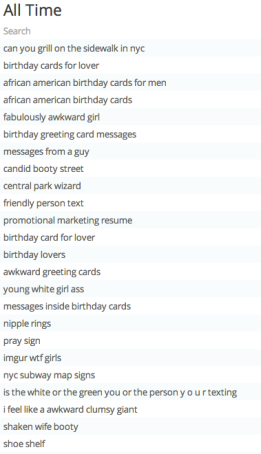 Pray signs!? Shoe shelf!? Young white girl ass!? Friendly person text!? Based on this list, I have no idea what kind of blog I’ve ended up with here, but I think it’s living up to the Awkward title.

Summary- Don’t know how you found this blog, but it makes me happy that so many weird Google searches have resulted in a chunk of my audience

I rescued a one-eyed cat & took yet another big step toward becoming twenty-something spinster. 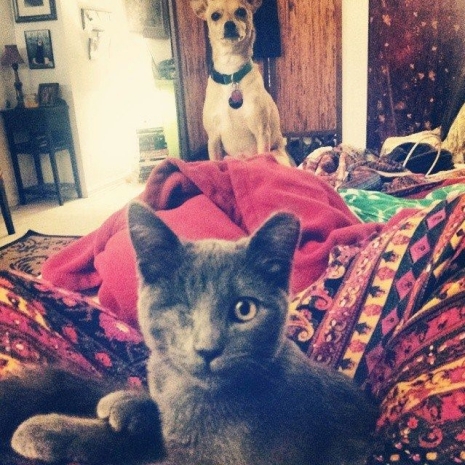 A little background- my new cat not only lost an eye sometime between April-ish and when I found him, but was also saved within seconds of being compacted in a garbage truck. He had a proper surgery to remove the missing eye so, lucky for anyone looking at him, his fur grew over the eye socket scar and it appears he is continuously winking.

Edgar Degas was a French impressionist who, over time, went blind in one eye. Late in his career he became fascinated with long exposure photography, so when he wasn’t creeping on ballerinas he would spend hours in the dark slowly taking pictures.

Sauron was the Dark Lord over Middle Earth who forged the ONE RING of power. He/She/It was known for some time in the form of an all seeing eye stationed in Mordor.

I could go on and on about this creature and Schubert. But, in a nutshell, they are bros and spend most of their days running, playing, and cuddling together. I could start a series of chain emails that get sent around with bible verses attached and people would LOVE IT. However, I’m not focused enough to start such a trend so don’t get your hopes up.

Summary- my friend Mike said, “Liz, Schubert really needs a man in his life,” so I got him a cyclops kitty.

Yoga is a practice that demands all of your grace, balance, and coordination work together as one glorious machine. HA!

I’m not trying to be cute. Sure, Jennifer Lawrence can get away with falling at the Oscars while still being adorable- duh! I cannot. Anyone who has spent more than an hour with me can tell you that I rarely walk without ending up with a bruise somewhere.

Anyways, today, after spending some time getting back in “Namaste shape,” I had the courage to rejoin a class that had defeated me back in May…. It was hot, but I was hydrated. The class was long, but I had stretched. Every other person in the class was 40+, and I STILL got my ass, breath, and brain handed to me (see below). 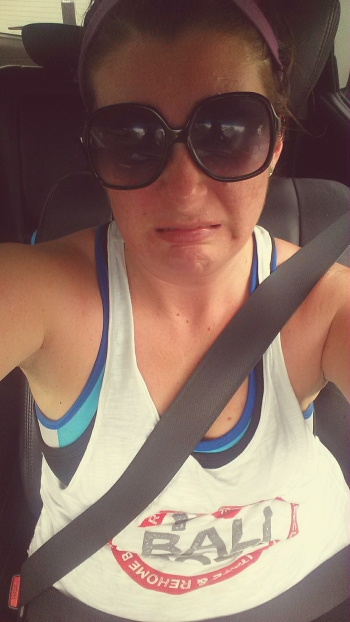 If you look closely you can see that every inch of me is soaking wet with sweat, toxins, and who knows what else…

So, if you’re feeling down on yourself today, Bookmark this post and refer back as needed.

Summary- Breathing, stretching, and balancing at the same time can be tricky.